Your Gut Issues May Be Due to This Tiny Parasite 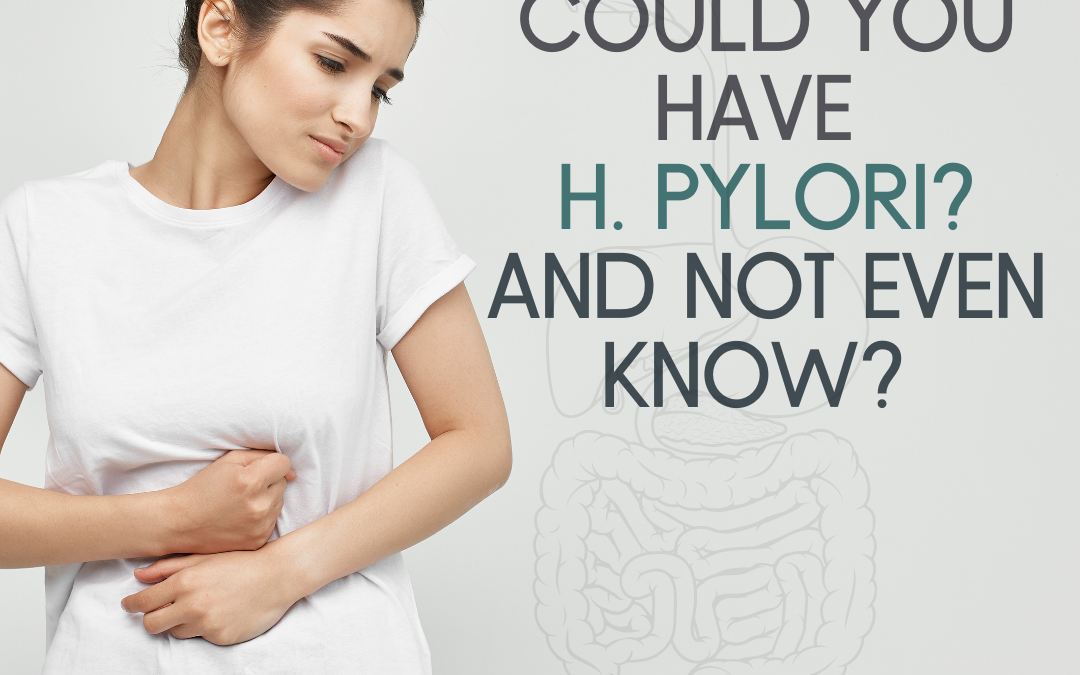 Have you heard of Helicobacter Pylori? Research tells us that this ancient bacterium may actually be beneficial for some, but for others, it causes digestive symptoms that range from miserable to lethal.

An active H. Pylori infection can go unnoticed for years, so uncovering this crafty bacteria early is the key to avoiding complications down the road. The good news is that H. Pylori is relatively simple to treat once it has been diagnosed. With the help of your doctor, you can combat this tricky bug and restore your gut to ideal functioning.

What Is H. Pylori?

Helicobacter Pylori is a small, spiral-shaped bacteria often seen in the gut. This unassuming bug is quite common and often asymptomatic. It can even be considered a “normal” member of the gut flora. However, when your gut balance is off and H.Pylori grows unchecked, it can lead to disastrous results such as ulcers and even cancer.

While widespread, many people aren’t aware they have Helicobacter Pylori. Its asymptomatic nature makes it very easy for it to hide. Many times the infection occurs in childhood and persists untreated. It is estimated that up to 50% of people have H. Pylori in their gut. (In developing countries, this number jumps even higher — up to 70%.)

What Damage can H. Pylori Cause?

Beneath the surface, H. Pylori causes chronic low-grade inflammation in the lining of the digestive system it inhabits. Eventually, this inflammation (called gastritis) starts causing symptoms such as an upset stomach, pain, hiccups, or belching.

In 10-15% of cases, an H. Pylori infection can develop into a gastric (aka peptic) ulcer. Symptoms of a gastric ulcer include:

Our bodies respond to an H. Pylori attack by creating inflammation. In some cases, this inflammatory response can lead to insulin resistance, iron-deficiency anemia, or heart disease.

How Do You Get H. Pylori?

For many, H. Pylori transmission occurs orally. The infection is transferred by sharing unwashed utensils or kissing (called an “oral-oral route of transmission”). Sexual transmission is also possible.

Another method of transmission is water that has been contaminated with fecal matter and is unknowingly swallowed – this can happen when swimming in lakes or streams.

Interestingly, H. Pylori is a zoonotic bacteria; it can be transmitted from animals to humans. Sheep, goats, cows, and cats can transfer the infection via both milk and feces.

No matter the cause, it’s important to resolve an H. Pylori infection to avoid further complications. If you’re concerned you may have H. Pylori, reach out to your doctor for testing.

There are several ways to test for H. Pylori:

The urea breath test is the most common method of diagnosing an H. Pylori infection. Carbon molecules are placed in a liquid, pill, or pudding solution and ingested by the patient. If Helicobacter pylori are present, the tagged carbon is released by the bacteria’s urease enzymes during digestion. The carbon is then detectable in your breath.

A stool antigen test can determine if H. Pylori antigens are present in your digestive tract. (An antigen is a foreign particle that stimulates our immune system.) There are numerous types of stool tests, but it is important to make sure that your antigen test specifically confirms the presence of H. Pylori bacteria.

While a urea breath test or stool antigen test are preferred for detecting H. Pylori, there are other methods:

Your doctor can take a biopsy after placing a scope into your digestive tract. This small sample of tissue is then sent to a lab for investigation. While invasive, a biopsy can definitively diagnose H. Pylori.

Blood testing is the least effective method of uncovering or keeping track of an ongoing H. Pylori infection. This is because our immune system develops antibodies to fight antigens that remain in the blood long after the infection clears.

So a blood sample can’t distinguish between previous infections or a current case of H. Pylori.

How Does H. Pylori Survive?

How Does H. Pylori Spread In the Body?

From the safety of the gut lining, H. Pylori releases toxins. These toxins attack and kill stomach cells. But the bacteria does not stop there. It detaches from its previous position and migrates forward to kill more cells. One by one, holes begin to form in the gut lining.

Our immune system notices and fights back. This leads to more inflammation and gut damage.

How Do You Treat H. Pylori?

It can be tricky to treat an H. Pylori infection as this bacteria is very adaptable. To combat the potential for resistance, a cocktail of multiple antibiotics under the supervision of your medical doctor is usually necessary. Treatment varies considerably depending on whether the infection has progressed to peptic ulcers or other gastric issues.

Step 2: Once H. Pylori is Gone, the Healing Starts

Once you have successfully eradicated the problem, it is vital to do the necessary work to bring your body back into balance. A Functional Medicine Practitioner can help you to replenish your gut microbiome after the heavy antibiotic treatment.

Your practitioner is also well equipped to help soothe and heal the damage H. Pylori may have caused to the lining of your stomach and small intestine, as well as uncovering and addressing any auto-immune issues that may have developed.

If you suspect you have H. Pylori, don’t hesitate to contact your health care professional. Working in conjunction with your medical doctor and a Functional Health Practitioner is your best line of defense for eradicating the bacteria and preventing serious damage.

To learn more about gut health, please register for this FREE webinar.

Ghasemian Safaei, Hajieh & Rahimi, Ebrahim & Zandi, Ashkan & Rashidipour, Alireza. (2011). Helicobacter pylori as a zoonotic infection: The detection of H. pylori antigens in the milk and faeces of cows. Journal of research in medical sciences : the official journal of Isfahan University of Medical Sciences. 16. 184-7.