Food Intolerances Are Becoming More Common: What You Need To Know 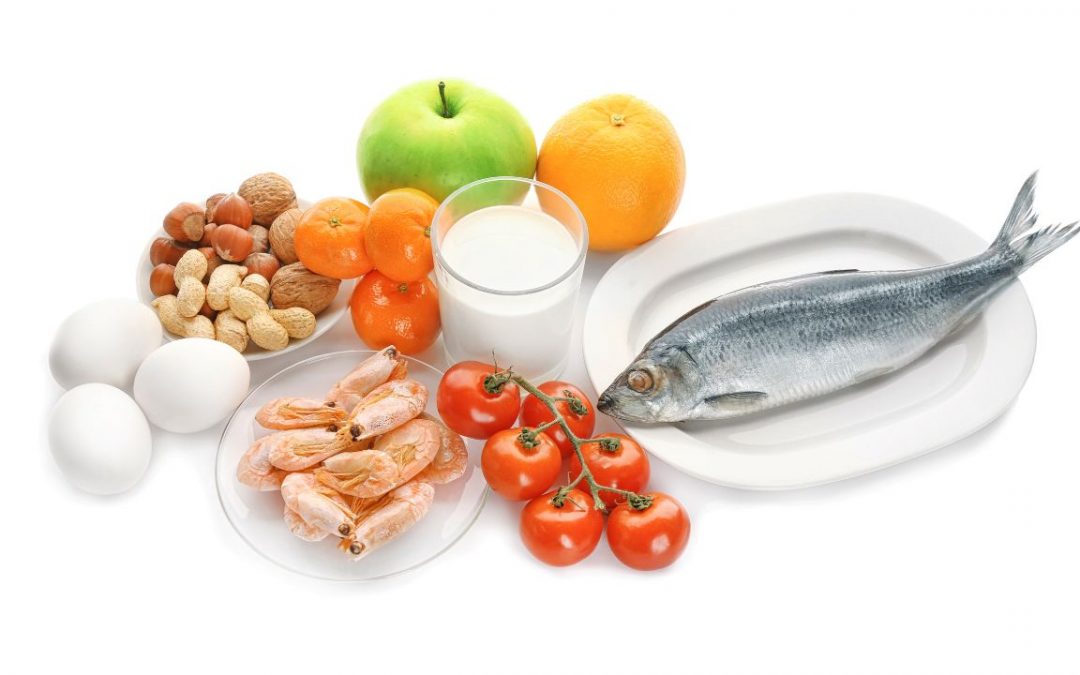 A growing number of people suffer from food sensitivities – by some estimates, more than one in five people experience uncomfortable symptoms after eating certain foods. Yet, despite their prevalence, many of us don’t realize we have food sensitivity. Instead, we assume the common symptoms, like bloating, fatigue and “brain fog,” are just normal results of our busy lives.

It doesn’t have to be that way. Many patients tell me they are surprised by a remarkable improvement in their quality of life after identifying and eliminating dietary triggers.

Simply put, when you have a food sensitivity or intolerance, your gut doesn’t produce the right enzymes to digest a certain food or group of food. As a result, you can experience a wide range of symptoms like:

These symptoms can appear shortly after eating the food, and shockingly as many as several days later. Whether or not you react to a food can also vary by how much of it you eat, and even the circumstances around your meal time. Some people find they react more when they are stressed and eating on the go, for example.

It’s important to distinguish between food sensitivities, food intolerances, food allergies, and diseases that can be triggered by certain foods.

Food sensitivities and food intolerances are similar. Sensitivities may cause inflammation in the body and result in fatigue, bloating, and even headaches up to 48 hours after consuming the offending food.

Intolerances are characterized by the body lacking the proper chemicals or enzymes to digest a food properly. Digestive upsets are common after consuming a food one is intolerant to. Sensitivities and intolerances can often be pinpointed in order to avoid symptoms caused by the ingestion of certain foods or food additives. Working with a practitioner is recommended.

A food allergy is an issue rooted within the immune system. An allergic reaction happens when your immune system mistakenly perceives something in a food as a threat and produces antibodies in an attempt to fend off the threat. Food allergies are typically diagnosed at a young age and these foods should be avoided.

Here are the most common food intolerances experienced today:

If you experience symptoms after eating gluten, but tests confirm you don’t have a gluten allergy or celiac disease, you could be suffering from a gluten intolerance or non-celiac gluten sensitivity. Gluten is found in grains such as wheat, rye, kamut, couscous, and barley.

In recent years, scientists have theorized that it may be glyphosate, a commonly used weed killer sprayed on crops, that many are reacting to and not gluten itself. Although research is ongoing, anecdotal evidence shows many people who experience gluten intolerance in North America can tolerate eating bread and pasta while abroad in Europe and other countries that have banned the use of glyphosate.

Eggs are one of the most common food sensitivities. Symptoms include eczema, itchy skin, nausea and bloating. For most, egg whites are more likely to be reactive than egg yolks.

Corn is a common food sensitivity that can also lead to chronic symptoms like fatigue, brain fog, bloating, irritable bowel symptoms, headaches, joint pain, and more. Corn is a common ingredient in many processed foods so it’s important to keep an eye out for it if you are experiencing symptoms of sensitivity.

Soy protein is a common food allergy and sensitivity that may lead to headaches, joint pain, acne, eczema, and more. Fermentation helps to break down soy protein, therefore fermented soy products like miso and tempeh may be better tolerated by some.

FODMAP stands for “fermentable oligosaccharides, disaccharides, monosaccharides, and polyols” That’s basically a scientific way of saying foods that cause gas. These carbohydrates aren’t absorbed well by the small intestine. When they arrive at the large intestine, bacteria break them down and form gas, which in turn leads to uncomfortable digestive symptoms.

Avoiding FODMAPs can be tricky to navigate since they are found in a variety of food groups. Some common FODMAP foods include apples, bread, and many kinds of beans, some cheeses, garlic, onions, and many milk products. Once you have determined which foods are triggers, however, it’s certainly possible to have a well-balanced diet.

Researchers say that many people can drink up to five cups of coffee a day without experiencing negative effects or getting that over-caffeinated, jittery feeling. For people with a caffeine intolerance, however, those signs appear with just a small amount of caffeine, leading to heart palpitations, anxiety, and insomnia. Some evidence suggests caffeine intolerance has a genetic component.

Sulfites are chemicals found naturally in some foods, such as salmon, lettuce, and tomatoes. They’re also commonly used as preservatives for many common foods, including baked goods, dried fruit, pickled foods, and wine. The FDA requires that food labels must indicate the presence of sulfites if the level exceeds 10 parts per million (ppm).

People with asthma are more prone to sulfite sensitivity, with about 3-10% of asthmatics experiencing adverse reactions to foods with sulfites. These reactions can include wheezing, coughing, and digestive problems and many also experience rashes and hives.

Sugar alcohols are considered a healthier alternative to sugar; however, they can be an intolerance for many. Commonly used sugar alcohols include xylitol, erythritol, sorbitol, and maltitol. Sugar alcohols do contain fewer calories than sugar, and they aren’t as harmful to your teeth. As well, they don’t tend to cause the same extreme blood sugar spikes as regular sugar. But, for some people, they can cause digestive problems, including bloating, gas and diarrhea. Because they can’t be easily digested, they travel to the large intestine, where your gut bacteria breaks them down, in a similar process to the digestion of FODMAPs. In fact, people who are intolerant of FODMAPs often also experience difficulties with sugar alcohols.

In general, smaller amounts are less likely to cause reactions. As well, many people find erythritol is the safest sugar alcohol when it comes to digestive upset. If you have difficulty digesting food with sugar alcohols, try to choose foods with erythritol instead of others.

How to Identify Food Intolerances

Most people eat a wide range of foods on any given day which is great – but it can make it difficult to track down food sensitivities if symptoms are creeping up.

To pinpoint food intolerance, keeping a detailed food journal is essential. Note exactly what you ate every day, and how you felt including your energy levels and trips to the bathroom. If one food seems to be a trigger for symptoms of food intolerance, eliminate it for two or three weeks to see if it makes a difference.

This process is often most straightforward when working with a healthcare practitioner who can help with food sensitivity testing to get to the bottom of the culprits causing your daily digestive upset as well as help you rebuild your diet to ensure your gut is functioning the way it should be. Getting to the root cause of your health concern is always our biggest goal, whether it’s the foods or something else causing your body to react to your daily nutrient intake, proper assessment, and testing is critical in the role of outlining a customized treatment plan for wellness.